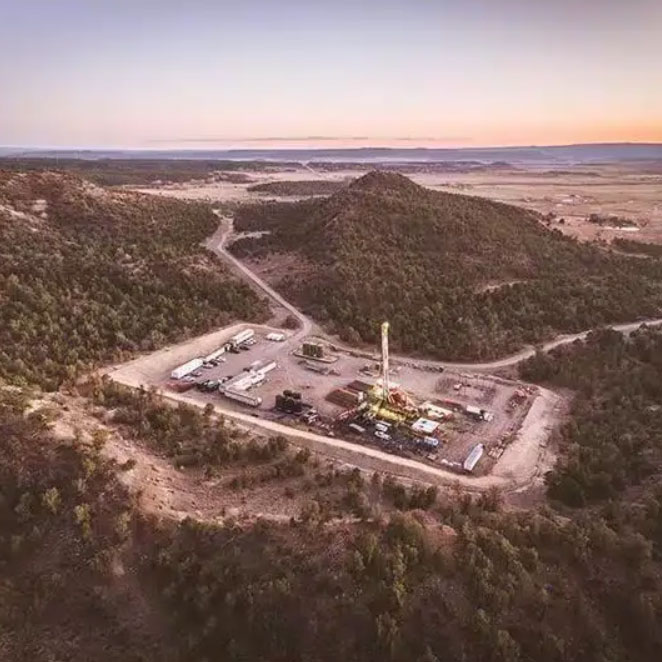 Mancos Shale -  a great natural gas shale reservoir on the border of New Mexico, Colorado, and Utah. It's location closely corresponds to that of San-Juan basin. In 2010 it was first drilled by Williams Co.  and is proving to be more promising ever since.

Rosa A and Rosa B wells'  production averaged 5 MMcf/d (6.4 MMcf/d) in their first 30 days after being drilled. The location was estimated to hold ca. 60 trillion cf reserves at the time of discovery.
It is located across much of the Rockies  including the San Juan Basin, where it ranges from 1,500 to 2,000 feet in thickness.

Since 2012 till 2016 Mancos shale gas production grew to 100 MMcfd from 75 wells. This growth continues making this shale more and more competitive compared to Permian.

“The great thing about the Mancos gas play is that, while there haven’t been a ton of wells drilled, there hasn’t been a bad well drilled,” -  Jay Paul McWilliams, President and Founder of LOGOS Resources II -  “Everything drilled is north of 5 Bcf, even those drilled in 2010. It’s a true resource play. We feel confident the geology is similar across a large portion of our acreage.”

Drilling depth here is between 4,500 and 5,500 feet total vertical depth with laterals extending 7,000 to 9,000 feet. “That’s why people get excited by bit efficiency—drilling is very forgiving in this area.” -  Ian Delahunty (CEO & President of Juniper Resources).

It is also evident from studies and production data  that horizontal wells far outperform vertical wells in Mancos.

The Mancos-adjunct segment of the largest of these owners' lines, El Paso,  routes natural gas from the San Juan, Permian and Anadarko basins to California, Arizona, Nevada, New Mexico, Oklahoma, Texas and even to northern Mexico.  El Paso Natural Gas Company is the principal operator of this line.

The flow from San-Juan (Mancos inclusive) is significant yet no pipeline constraints are in sight. Mancos gathering infrastructure in the area is naturally as developed.  Operators to mention are Enterprise Products Partners, LP, UNK, and Williams Companies.

Future of Mancos looks optimistic. However, additional development also requires lots of capital and effort. Even 20% of the basin when developed would require:  (1) 13,000 new wells, (2)  Capex of ~ $130 Billion ($10 Million/well) to add infrastructure capex of ~ $25 Billion.

A revenue of 390 Billion can be expected from just this development. At that production level (> 5Bcfd) it will exceed the existing pipeline capacity 2.5 times.

Last thing to mention, an active development of Mancos is likely to begin only after expectations about returns from Permian basin operation begin cooling down. At the moment Mancos as well as some other great reservoirs is waiting on its golden hour, which is yet to come.