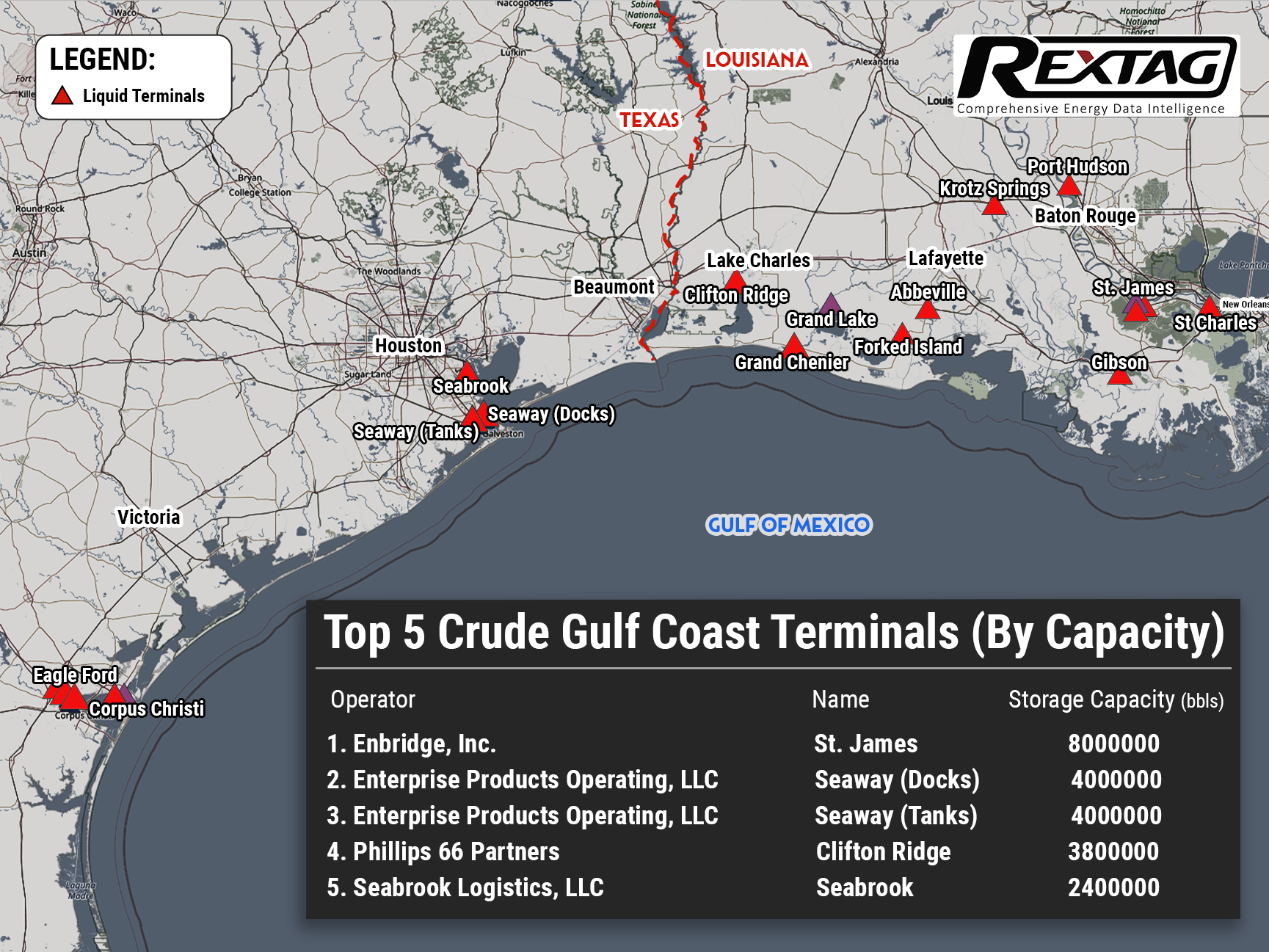 On June 27, the analysts at Kpler spread the word that the exports of crude oil from the U.S. Gulf Coast could break a record 3.3 MMbbl/d this quarter as Europe has regard to U.S. crude which can outweigh sanctioned Russian oil.

Due to Washington's decision to release 180 MMbbl of oil from the nation's Strategic Petroleum Reserve, U.S. exports have increased in the last three months, as it has flooded the domestic market.

Exports to Europe are anticipated averaging approximately 1.4 MMbbl/d this quarter, about 30% higher than the year-ago quarter, meanwhile, export to Asia is set to decrease to less than 1 MMbbl/d.

The higher purchases by European buyers have more than offset the decline in flows to Asian countries, which have been buying heavily discounted Russian crude.

In April U.S. crude exports to Europe recorded the second-highest reading on record of 1.53 MMbbl/d. Kpler said this figure illustrated a very strong pull in the immediate aftermath of Russia's invasion of Ukraine.

Despite that the U.S. has lost about 1 MMbbl/d of refining capacity since 2020, it also boosted exports thanks to the government’s intervention to back crude supplies which has had consequences in growth in exports.

Some of the energy companies that have the biggest terminals on the U.S. Gulf Coast are Enbridge, Inc., Enterprise Product Operating LLC, and Phillips 66 Partners.

Enbridge operates across North America and beyond - powering industry, empowering society, and safely delivering reliable, affordable sources of energy through our four core businesses such as liquids pipelines, natural gas pipelines, gas distribution and storage, and renewable energy. The company moves about 30% of the crude oil produced in North America, transports nearly 20% of the natural gas consumed in the U.S., and operates North America’s third-largest natural gas utility by consumer count.

Phillips 66 Partners has 12 refineries in the United States and Europe process crude oil and other feedstocks and focus on operating excellence, optimization, safety, and increasing margins. The business has a global refining capacity of 2.2 million barrels of crude oil per day. Phillips 66 safely and reliably operates and/or owns more than 22,000 miles of pipeline throughout the United States. Pipelines ensure domestic energy can safely and reliably be delivered to refineries, manufacturers, and ultimately to consumers in various forms. day.

Throughput via the Port of Corpus Christi has grown by more than 150,000 bbl/d and has become 1.86 MMbbl/d. Nevertheless, Port of Houston exports also have been increasing since the third quarter of last year, they remain below pre-pandemic levels.

According to Rystad estimates, the call on U.S. crude could go even higher, if additional restrictions like secondary sanctions are implemented against Russia. Crude exports are going to grow and reach 4 MMbbl/d in the first three months of 2023.

If you want to learn deeper about the biggest terminals on the U.S. Gulf Coast or about upstream/midstream M&As, companies and their assets, please, contact our Houston sales office or SCHEDULE A DEMO to learn how Rextag can help you leverage energy data for your business. Tel. +1 713-203-3128 Email: treitmeier@hartenergy.com

Inconvenient Time for Canadian Crude: US Gulf Coast Is Glutted 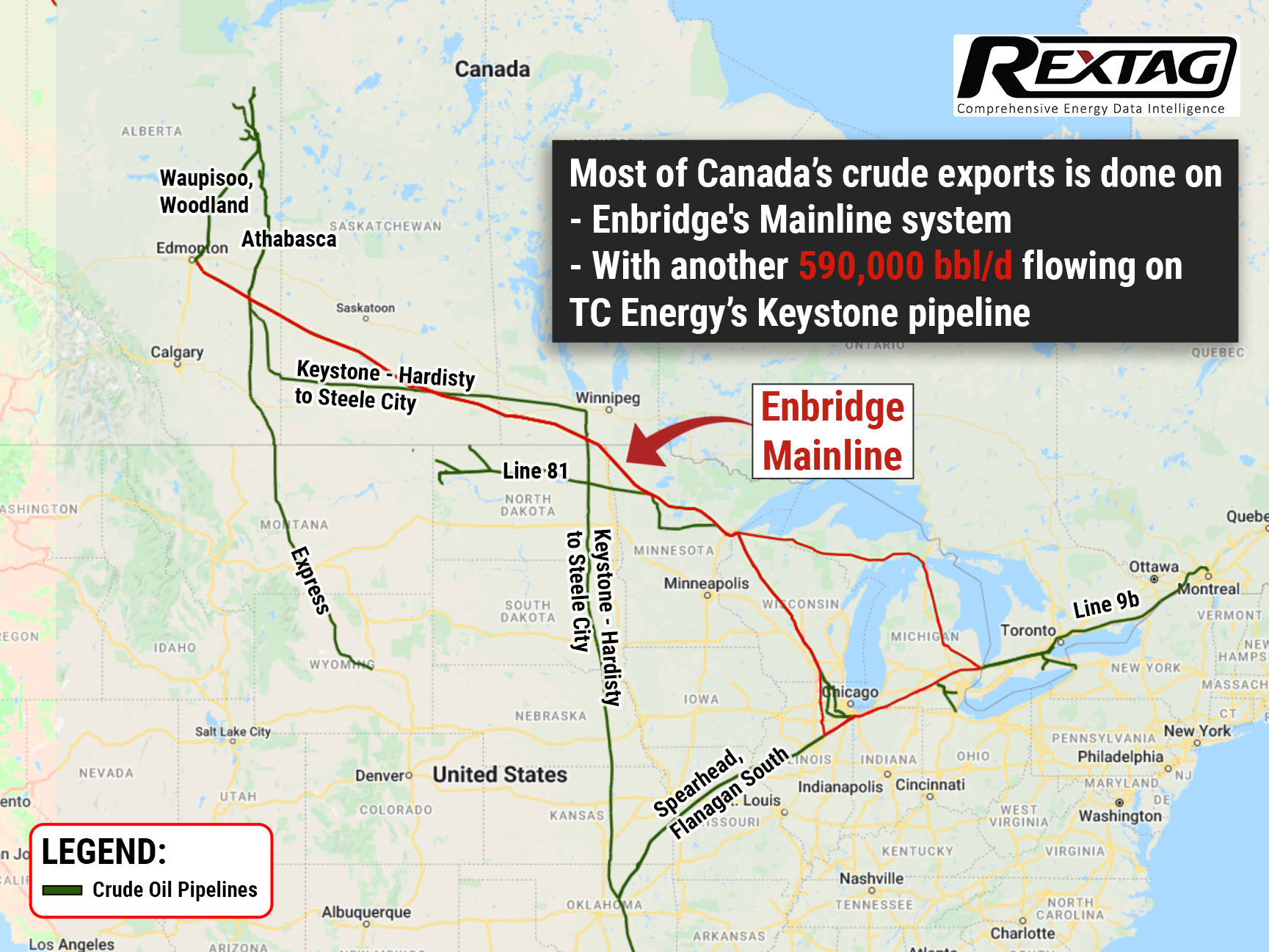 Canadian heavy crude, being deeply discounted for several years due to a lack of pipelines, is eventually trading like a &ldquo;North American&rdquo; grade, moving in tandem with U.S. sour crudes sold on the GulfCoast thanks to Enbridge&rsquo;s expansion of its 3 pipeline late last year. Meanwhile, the Gulf is full of sour crude over Washington&rsquo;s largest-ever release from the Strategic Petroleum Reserve (SPR) that will amount to 180 MMbbl during six months, trying to tame exorbitant fuel prices after the Russian invasion of Ukraine. The market is flooded with millions of barrels of sour crude from storage caverns in Louisiana and Texas. At the world&rsquo;s biggest heavy crude refining center, U.S. Gulf Coast, heavy grades like Mars and Poseidon are languishing. According to U.S. Energy Information Administration (EIA) data, Canada exports around 4.3 MMbbl/d to the United States, whereas until last year demand to ship crude on export pipelines increased capacity, leaving barrels bottlenecked in Hardisty. 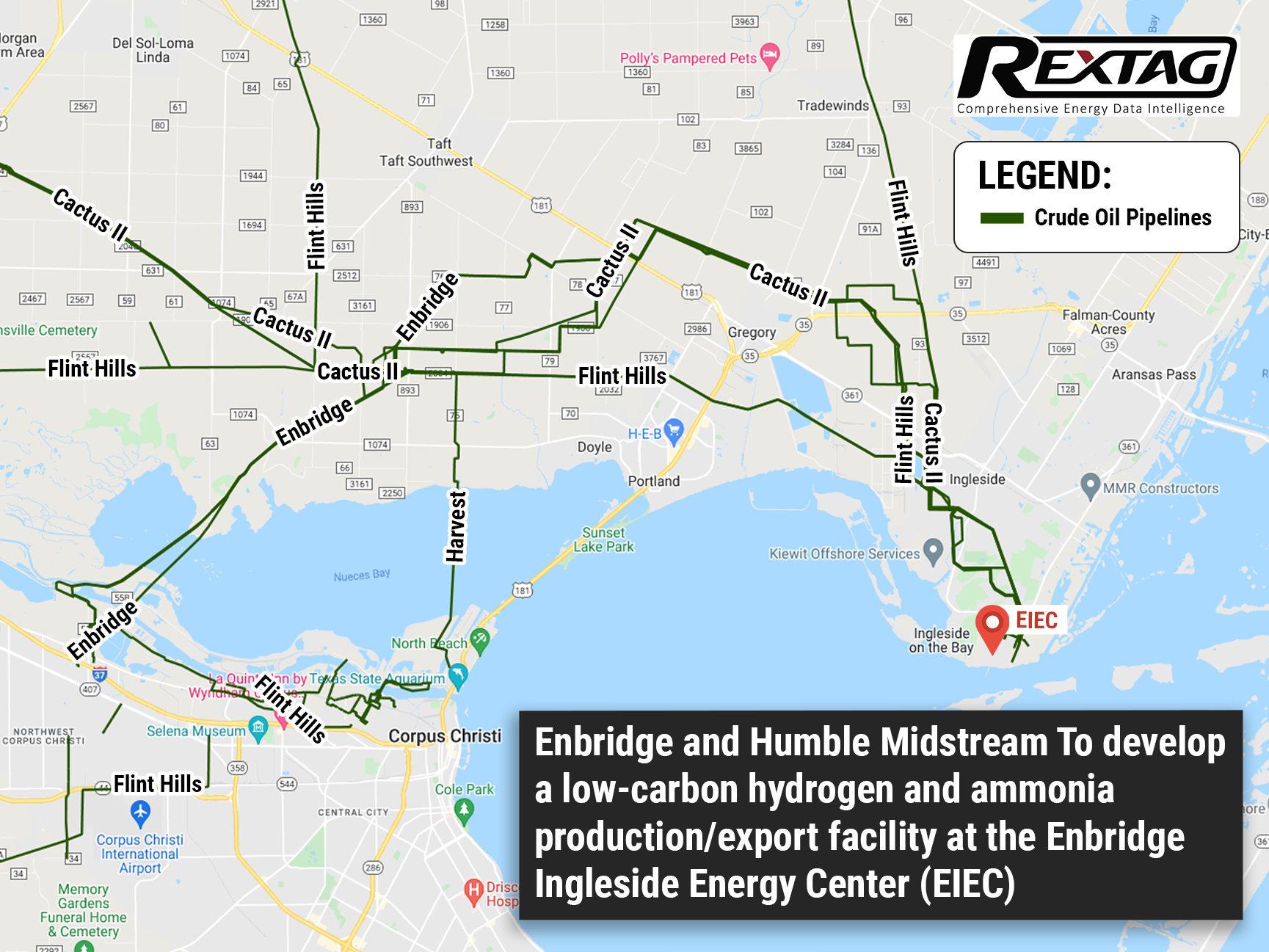 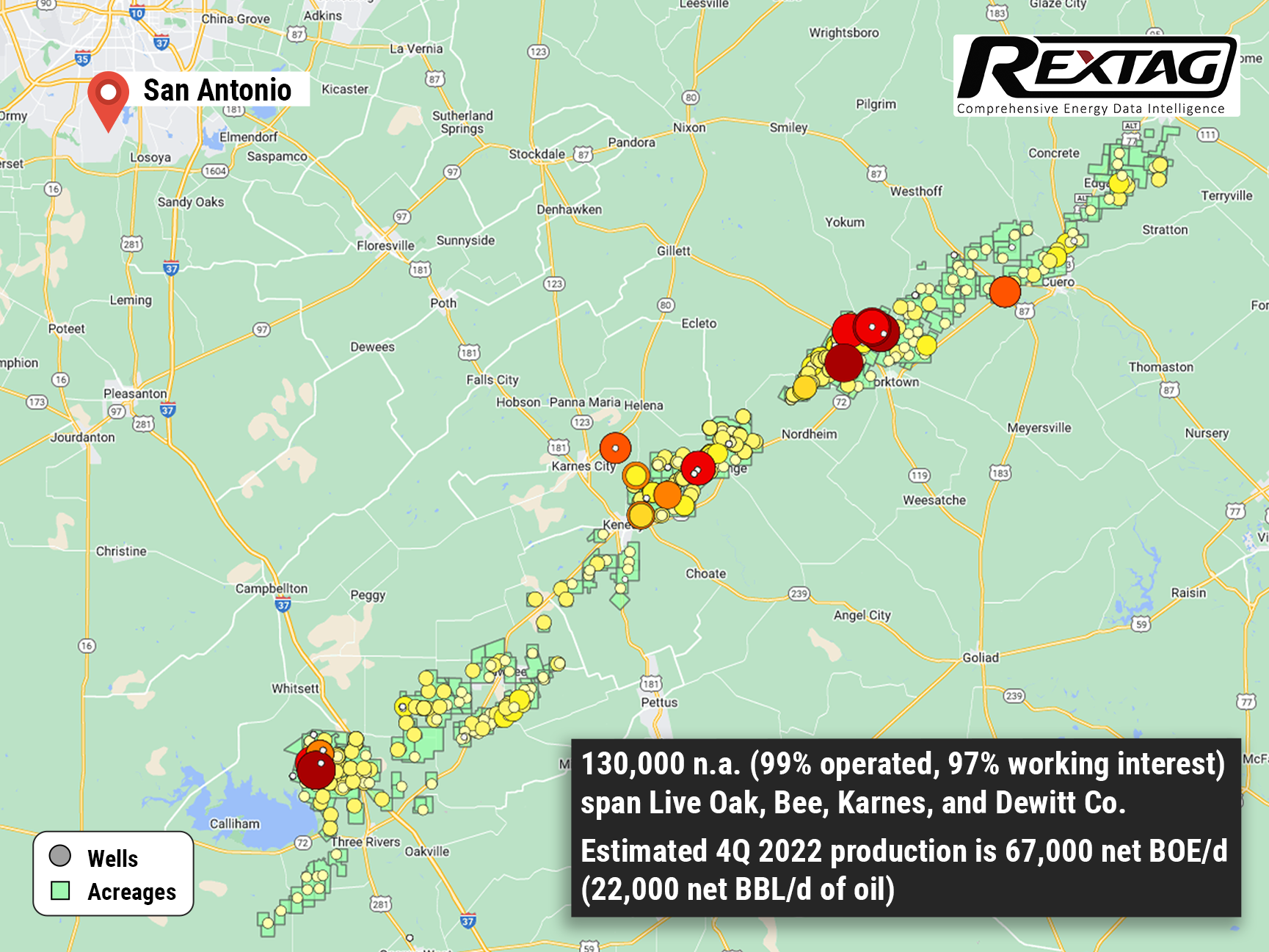 A $3.0 billion cash definitive agreement to purchase the Eagle Ford assets of Ensign Natural Resources has been concluded by Marathon Oil Corporation on November 2.