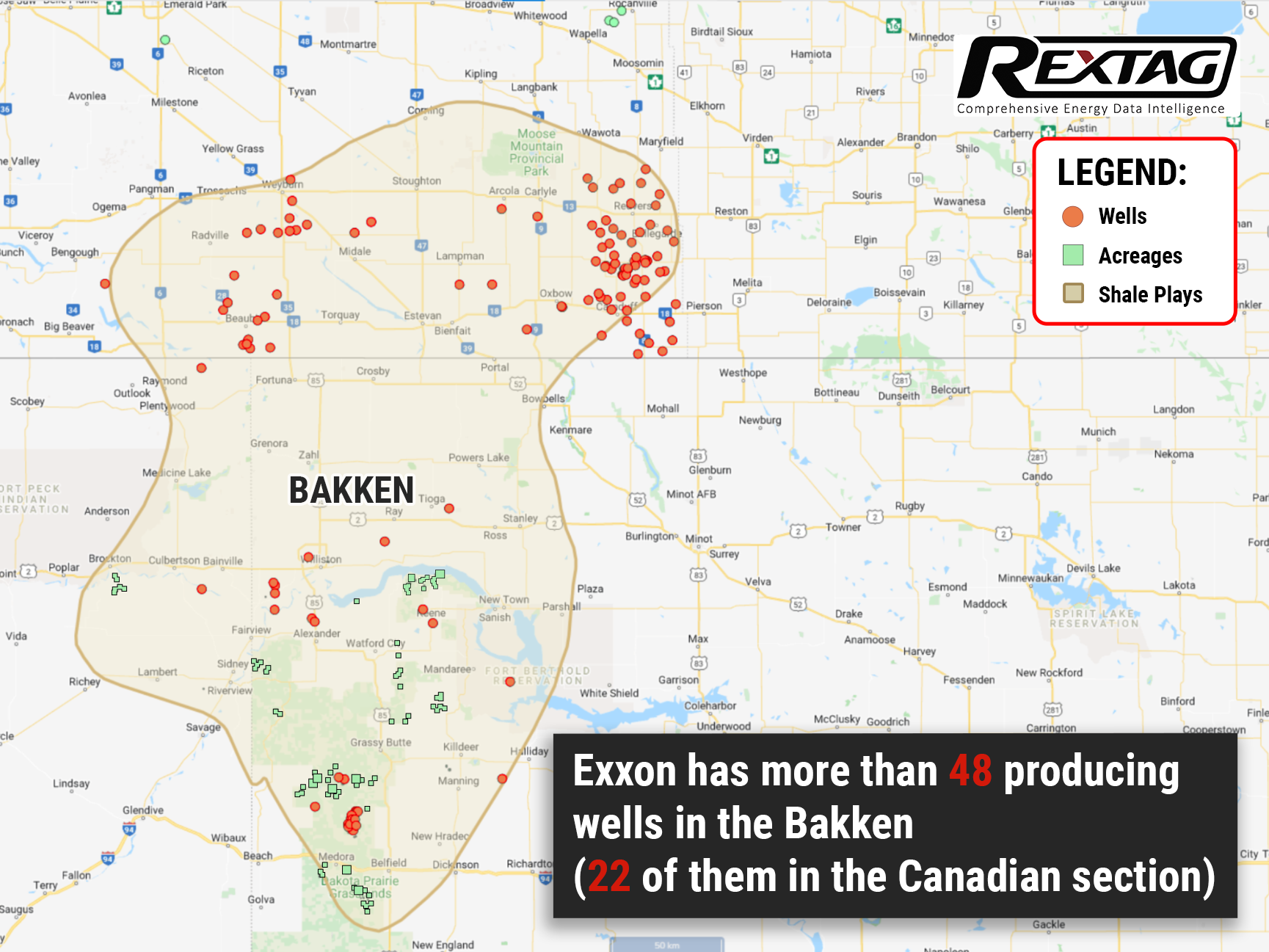 Exxon Mobil Corp. is weighing prospects of selling its assets in North Dakota’s Bakken, after gauging interest from potential buyers — 5 billion is the issue price, at least according to rumors. The price point came about after the news that the oil giant is in the final round of hiring bankers to help launch the sale.

An Exxon Mobil spokesperson declined to comment regarding the situation.

It's important to note, that Exxon, one of the top U.S. oil companies, has been trying to raise $15 billion through asset sales as a part of its three years-long plan, which includes not only several U.S. assets but international ones as well.

In a move to pay down debt taken on during the pandemic and double earnings by 2027, Exxon Mobil expects to cut annual costs by $9 billion by 2023, a $3 billion increase over previous targets.

The oil giant has been cutting costs heavily since suffering a historic loss in 2020. A sweeping restructuring of the company's global operations was announced in January. After which Exxon marketed 61 wells that produced approximately 81 million cubic feet of natural gas equivalent per day (MMcfd) from shale gas properties spread across 27,000 acres in Ohio’s Appalachian Basin. Based on current natural gas prices and existing production from the well, this sale alone could value the assets at around $200 million.

To boost profitability, Exxon Mobil further confirmed at the beginning of March that it would continue to reduce expenses and its oil and gas production portfolio. And backing up its statements with actions, Exxon’s Russian projects were one of the first to be axed following the geopolitical crisis of the invasion of Ukraine by Putin's regime, which caused oil prices to rise to their highest level in eight years.

And while the news of possible Bakken's assets sale has yet to be confirmed, it started spreading like wildfire against a backdrop of rising shares. An afternoon trade right after they broke showed that Exxon Mobil bonds had gained as much as 2.31% at $84.71.

If you want to continue to stay in the loop regarding location, ownership, and transfer of strategic resources in the U.S., as well as gain new insights on how this information can help your business, please, contact our Houston sales office or SCHEDULE A DEMO to learn how Rextag can help you leverage energy data. 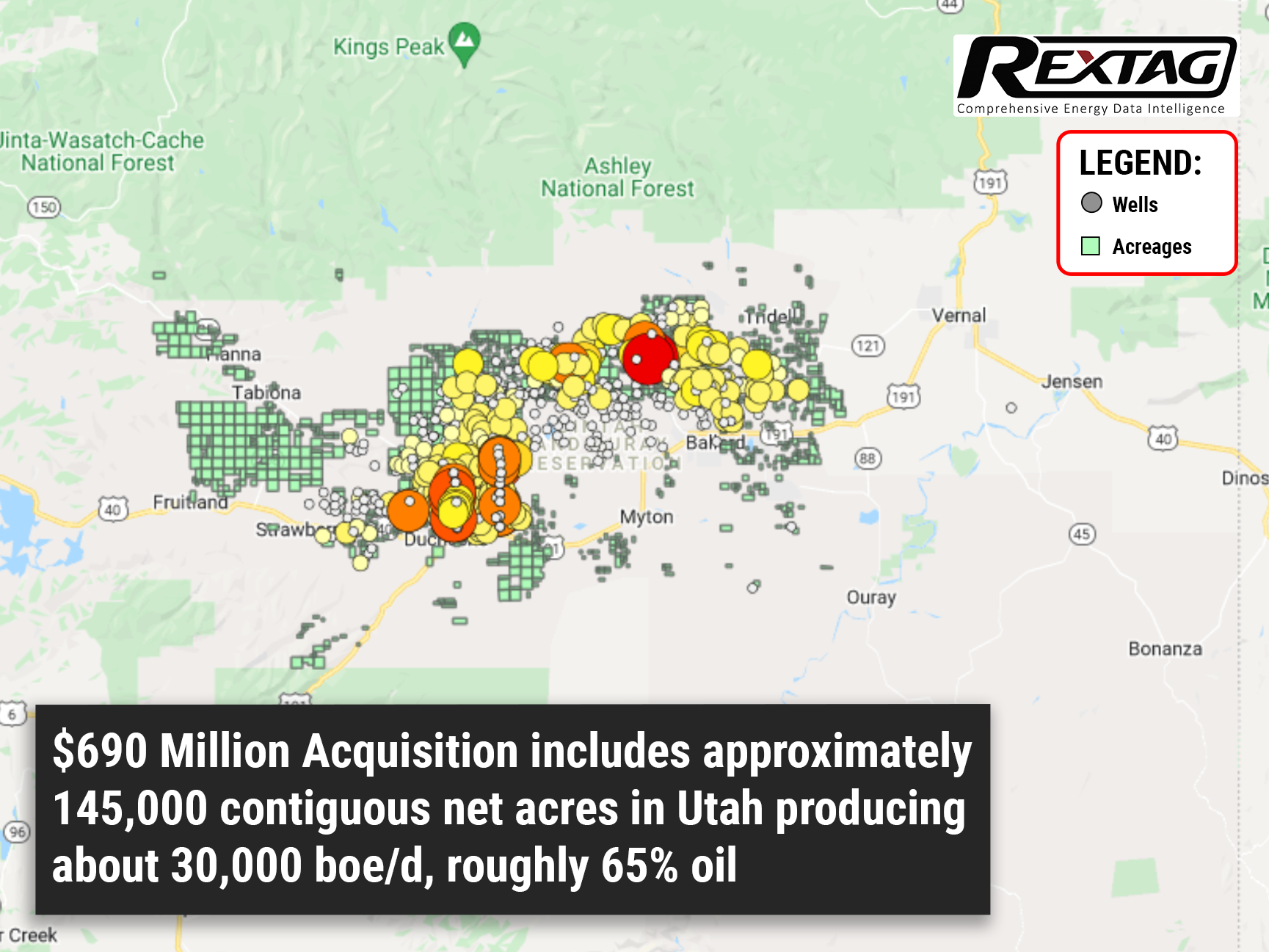 Crescent Energy closed the acquisition of Uinta Basin assets in Utah that were previously owned by EP Energy for $690 million, a few hundred million dollars below the original price. The accretive deal increases Crescent&#039;s Rockies position and adds significant cash flow and a portfolio of high-quality oil-weighted undeveloped sites. In addition to its acquired Uinta assets, Crescent&#039;s pro forma year-end 2021 provided reserves totaled 598 million boe, of which 83% was developed, 55% was liquid, and its provided PV-10 was $6.2 billion.

Canada is looking at ways to increase pipeline utilization to boost crude exports as Europe seeks to reduce its reliance on Russian oil At the moment, oil exports from Canada to the U.S. are approximately 4 million barrels of oil per day, with a portion reexported to other countries. At the end of 2021 Canadian oil companies exported a record amount of crude from the U.S. Gulf Coast, mostly to big importers India, China, and South Korea. And this will only increase in the future.