Magellan Reported Volume Changes on Its LongHorn and BridgeTex Pipelines

According to a July 28 report, Magellan Midstream Partners LP marked that the volumes in the last quarter on the Longhorn and BridgeTex pipelines that carry crude from the Permian Basin to Houston dropped dramatically since shippers likely exported barrels, meanwhile, refined product volumes grew on pandemic demand recovery.

Following Russia’s invasion of Ukraine, Europe's request for barrels increased and shippers on the long-haul crude oil lines took volumes elsewhere, likely to be exported from the main port for oil exports – Corpus Christi, Texas, which is the largest U.S. crude export port.

Being an example of potential decisions that U.S. shippers could be making the moves are expected to be temporary. Shippers that did not fulfill their obligations would still have income which is known as deficiency payments, which are actually penalties for not transporting oil.

Volumes on the 450-mile (724-km) Magellan’s wholly-owned Longhorn crude oil pipeline from West Texas to Houston averaged approximately 200,000 bbl/d in the three months ended June 30 in contrast with 260,000 bbl/d in the same period the year before.

A joint venture, the BridgeTex crude pipeline from the Permian to Magellan’s East Houston terminal dropped to 215,000 bbl/d from virtually 315,000 bbl/d in the year-ago period.

The Tulsa, Okla.-based company expects relatively flat volumes for a few years on the Longhorn and the Bridgetex crude pipelines.

Meanwhile, on the Saddlehorn pipeline in Colorado, another joint venture, volumes were almost the same, and levels on the company’s South Texas systems rose.

However, volumes on the most prominent common carrier refined products pipeline system in the U.S. increased 3% partly because of pandemic demand recovery.

Magellan is an important owner of tanks at the Cushing, Okla., storage hub, where levels have held almost above the operational lows of 20 million barrels in recent weeks. Magellan has a 9,800-mile refined products pipeline system with 54 connected terminals and two marine storage terminals (one of which is owned through a joint venture). Moreover, it owns about 2,200 miles of crude oil pipelines, a condensate splitter and storage facilities with an aggregate storage capacity of about 39 million barrels, of which 29 million are used for contract storage. Approximately 1,000 miles of these pipelines, the condensate splitter and 31 million barrels of this storage capacity (including 25 million barrels used for contract storage) are wholly-owned, and the remainder is owned through joint ventures.

If you are further interested in finding more information about the crude midstream infrastructure and current trends, please, contact our Houston sales office or SCHEDULE A DEMO to learn how Rextag can help you leverage energy data for your business.

On January 3, Targa Resources Corp asserted that it is purchasing the remaining stake for $1.05 billion in cash from BlackstoneInc&#039;s energy unit in its Grand Prix NGL Pipeline that it does not already own. Targa, which is going to acquire a 25% stake from Blackstone Energy Partners, purchased 75% interest in the pipeline last year when it repurchased interests in its development company joint ventures from investment firm Stonepeak Partners LP for almost $925 million. The Stonepeak agreement also included 100% interest in its Train 6 fractionator in Mont Belvieu, Texas, and a 25% equity interest in the Gulf Coast Express Pipeline. Grand Prix has the capacity to transfer up to 1 MMbbl/d of NGL to the NGL market hub at Mont Belvieu. The same day Targa maintained the price of the Blackstone Energy Partners agreement, which is anticipated closing in the first quarter of 2023, representing roughly 8.75 times Grand Prix&#039;s valued 2023 adjusted EBITDA multiple. 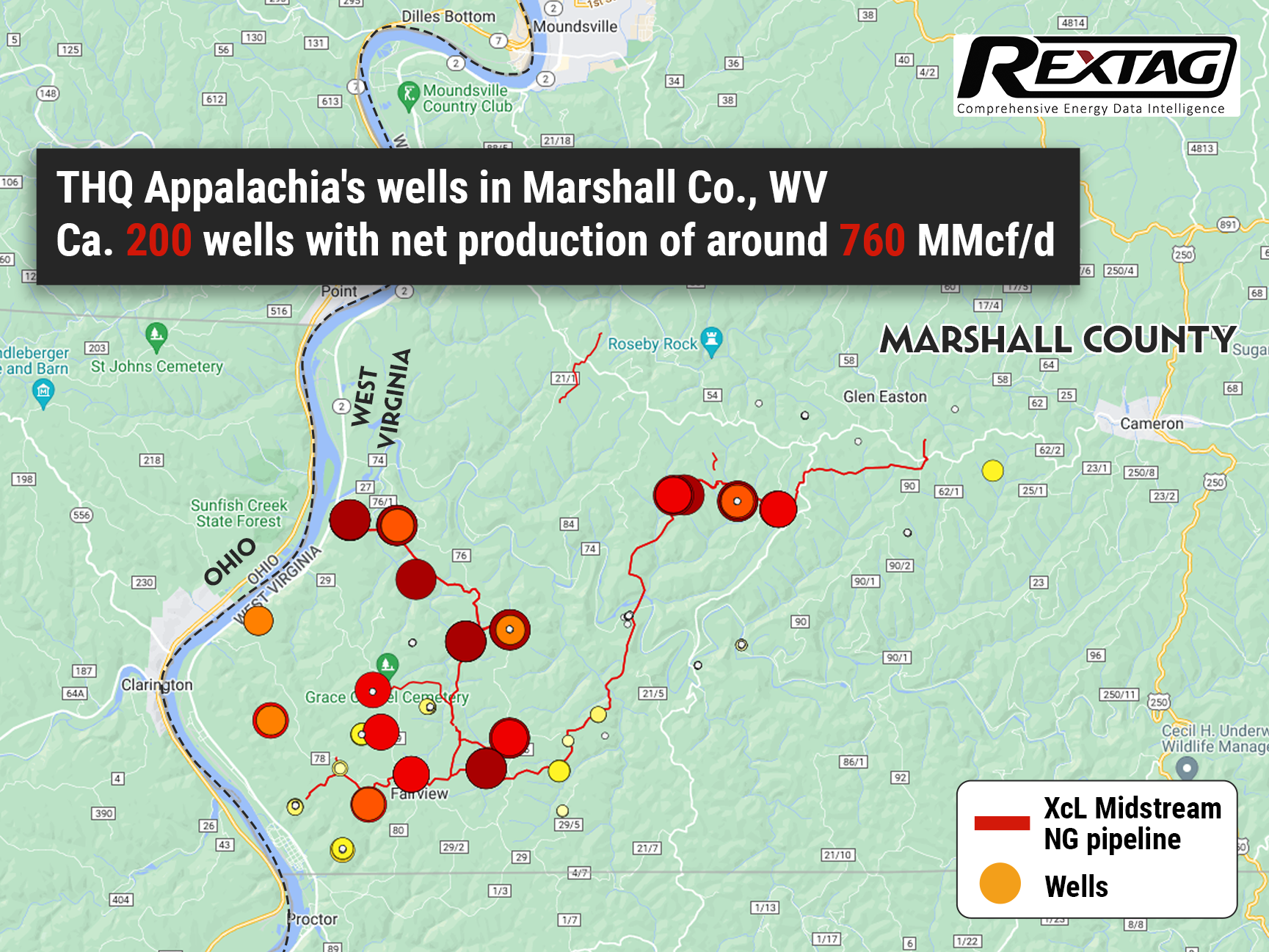 Undisclosed industry sources said that THQ Appalachia I LLC (Tug Hill and Quantum Energy) is seeking a sale of the U.S. natural gas producer for more than $5 billion, including debt. Mainly operating in the Marshall and Wetzel counties in West Virginia, THQ Appalachia has net production of around 760 MMcf/d. Despite volatility in commodity markets which has made the valuation of energy producers tougher, THQ Appalachia is anticipating more than $5 billion due to the worth of its existing production and the possible value of its undeveloped acreage, the sources said on June 17. Additionally to purchasing THQ Appalachia, possible bidders in the sale process also have the opportunity to buy XcL Midstream, the pipeline firm that moves the company&rsquo;s gas to market and has the same CEO as in Tug Hill. If the same buyer chooses to purchase XcL, the deal consideration will increase further. However, the anonymous sources admitted that the sale depends on the market conditions and is not guaranteed since Tug Hill and Quantum could ultimately decide to retain some or all of THQ Appalachia and XcL&rsquo;s assets. Tug Hill and Quantum refused to comment on these statements and XcL did not respond to a comment request. 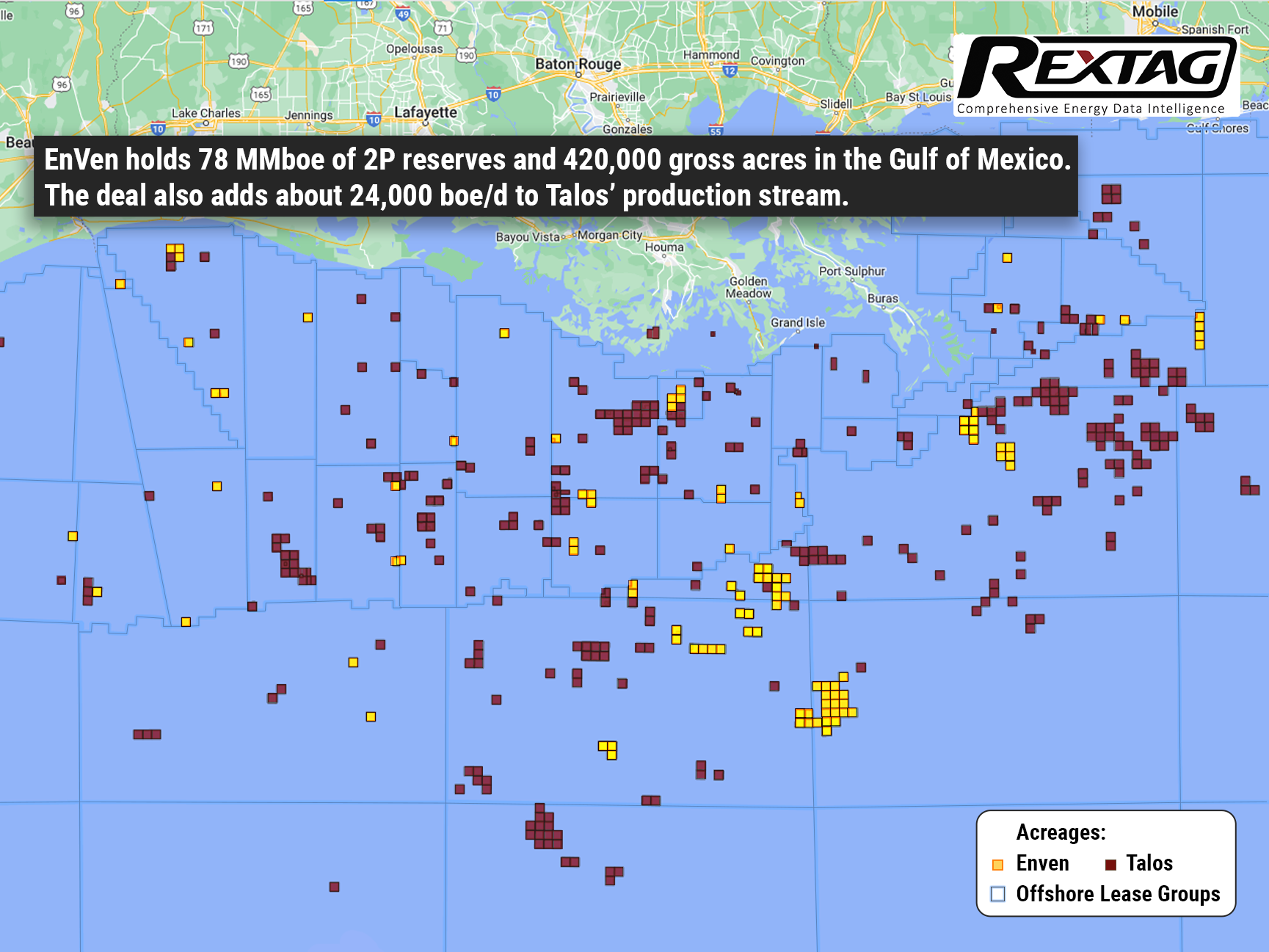