It’s all about the ESG (and RSG): Southwestern Energy and Kinder Morgan stroke a deal for gas transportation 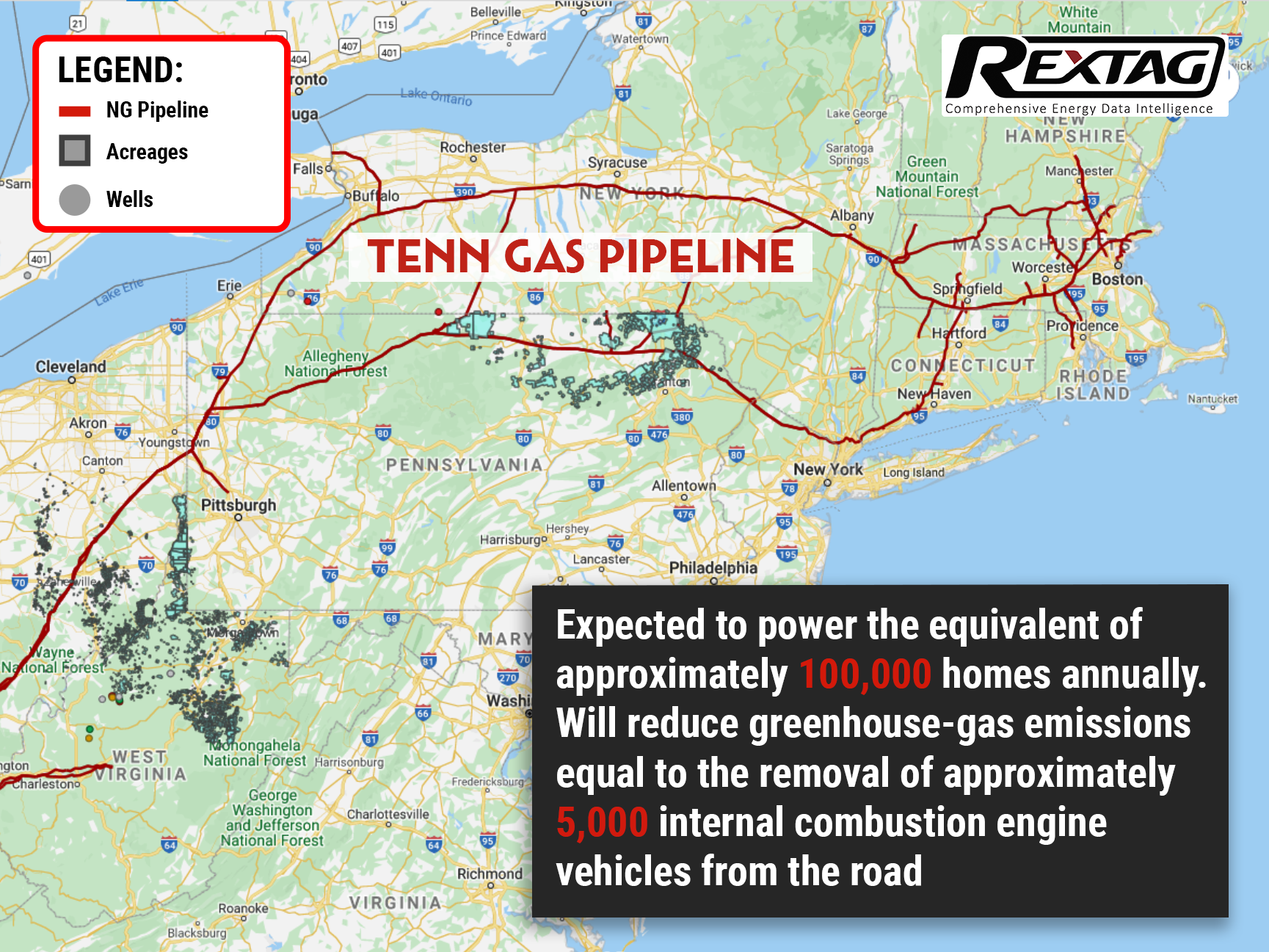 In order to further its commitment to reducing emissions across the natural gas value chain, Southwestern Energy Co. recently signed an agreement with Kinder Morgan Inc. for the transportation of responsibly sourced natural gas (RSG) to the Northeast markets. Tennessee Gas Pipeline, a subsidiary of Kinder Morgan, will be carrying out this notion since Nov.1.

The term "RSG" refers to natural gas that has been produced by a well and transported by companies whose operations have been independently verified for meeting certain environmental, social, and governance standards, including those relating to methane emissions.

At the moment, the company is a leader of the pack when it comes to responsibly sourced gas. The fact that in 2017 Southwestern had already certified its first well as responsibly sourced through a partnership with Project Canary certainly contributes to its reputation a fair bit. Even more so, since then, Project Canary was expanded to include Southwesterns' entire Appalachian Basin natural gas production.

Morgan, on the other hand, is an energy infrastructure company, which provides pipelines and terminals for safe and clean transportation of natural gas, gasoline, crude oil, CO2, and other products, as well as for adequate storing of petroleum products and chemicals.

Yet, this partnership does not come as a surprise.

Southwestern's president and CEO, Bill Way, believes responsibly sourced gas is essential to providing a low-carbon energy future. And creating cleaner energy for customers throughout the United States and beyond is one of the company's goals as well as the purpose of this innovative agreement with Kinder Morgan.

In terms of annual electricity generation, the distribution of the RSG to the Northeast markets is expected to power the equivalent of about 100,000 homes while reducing greenhouse-gas emissions to the equivalent of removing 5,000 internal combustion cars off the roads.

Southwestern and Morgan are pleased with such an arrangement, not to mention that they will enjoy some good press coverage out of it as well.

According to Tom Martin, Morgans' president of natural gas pipelines, this is just one of several RSG initiatives currently underway and aligns splendidly with their commitment to minimize methane emissions associated with the production and transportation, storage, and distribution of natural gas.

The two companies are also founding members of the ONE Future Coalition, a group of 50 industry giants working together to reduce methane emissions across the Natural Gas value chain to 1% (or less) by 2025. But the coalition already registered a methane intensity number of 0.334% in 2019, beating its own target by 67% ahead of time. It proves that the natural gas industry can simultaneously provide much-needed long-term renewable energy and also minimize methane emissions.

Your team&rsquo;s ESG performance can be greatly improved applying the asset co-location analysis within upstream or midstream use cases. This has been a topic for a discussion at Rextag&rsquo;s &lsquo;Is ESG Improvement Next Door?&rsquo; webinar. We reviewed some cases like curbing gas flaring or renewable energy sourcing to power the fossil fuel infrastructure. Many combinations are available with access to the data Rextag provides on wells, acreages, power lines, substations, and such renewable infrastructure as wind turbines, methane landfills, etc. 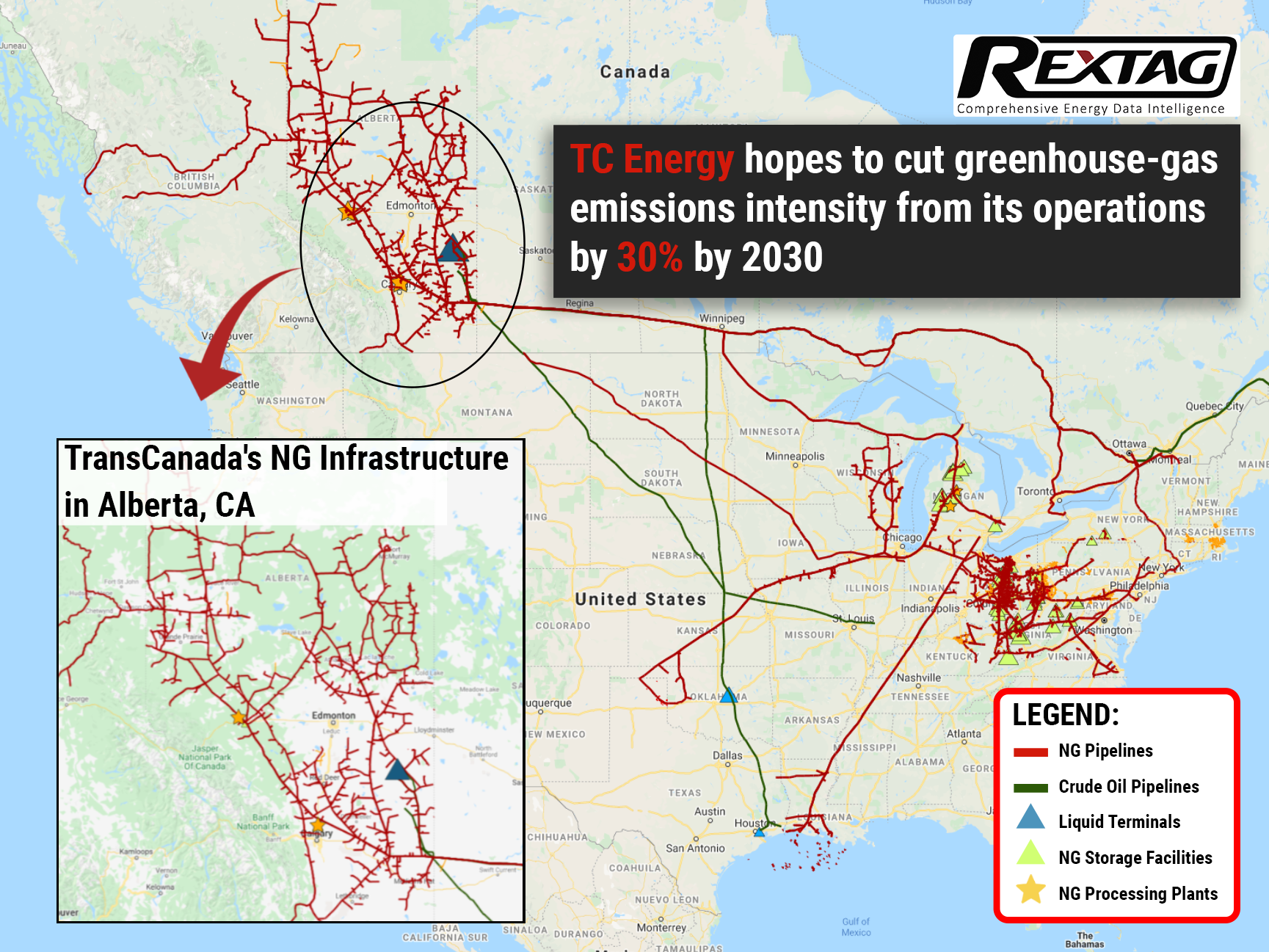