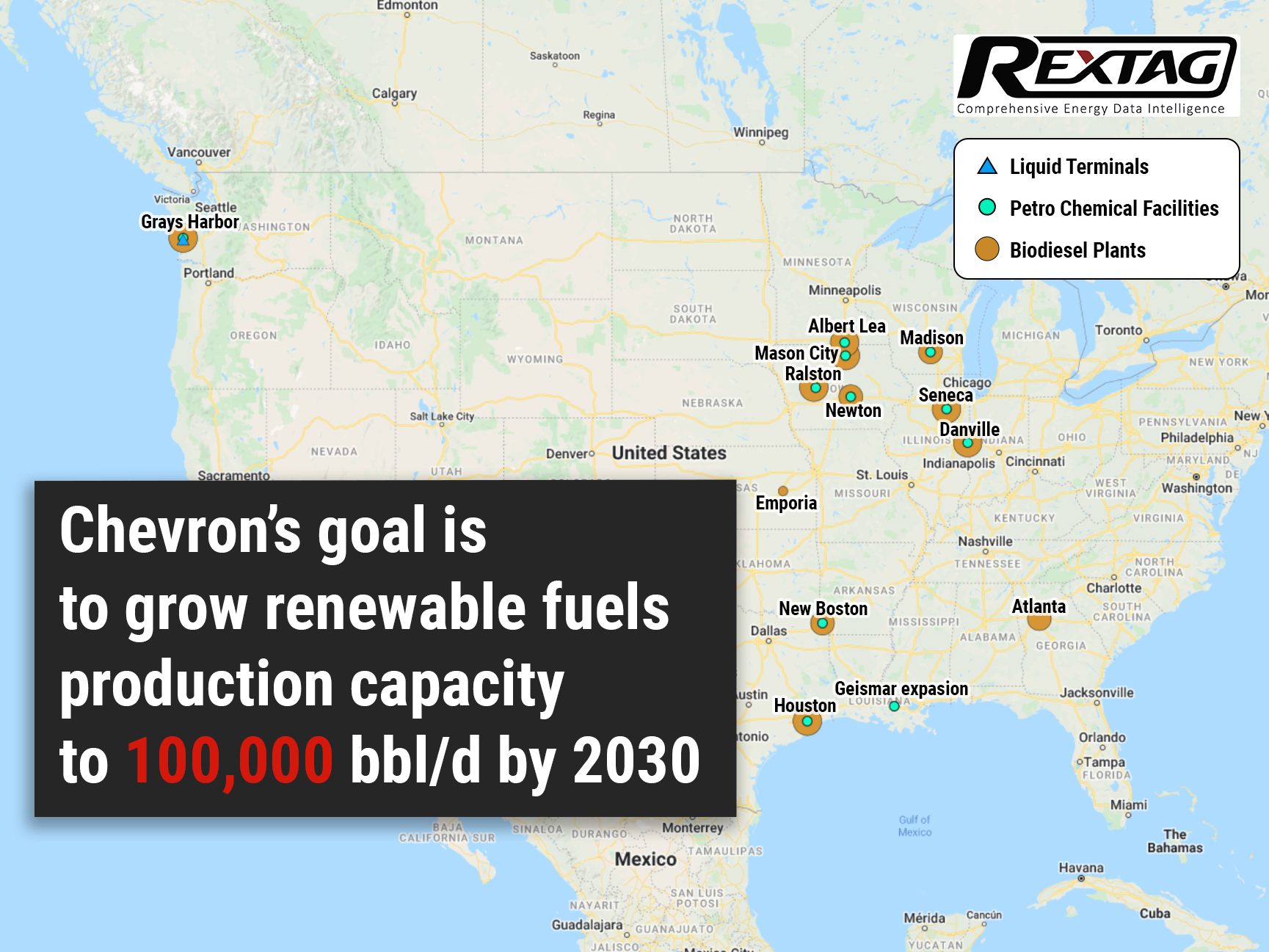 With the purchase of Renewable Energy Group Inc. for $3.15 billion, Chevron makes its largest investment in alternative fuels.

In a statement on Feb. 28, the second-largest U.S. oil and gas company said it would pay $61.5 for each share of Renewable Energy, higher than its February 25 closing price by nearly 40%. In premarket trading, renewable energy shares rose more than 37% on the backdrop of this staunch.

This turn in investments highlights the shift in the world’s attitude toward climate change. Since oil companies contribute heavily to global emissions, governments and investors are increasingly urging them to reduce their carbon footprints and join the fight against emissions.

As state and federal subsidies to decarbonize fuels increase, U.S. refineries have likewise increased the production of renewable diesel.

In line with this, by 2050, Chevron aims to cut gas emissions to zero and in September committed to investing $10 billion to reduce its carbon emissions through 2028, with about $3 billion dedicated to renewable fuels.

In the biofuel industry, agricultural waste and traditional food crops are grown specifically for use as fuel. The feedstock for biodiesel and renewable diesel is similar, however renewable diesel goes through a separate refining process so that its chemical composition is the same as ultra-low-sulfur diesel.

At the moment, various markets are being explored by Chevron as potential sources for blending biodiesel into renewable diesel.

The executive vice president of downstream products and chemicals, Mark Nelson, believes that biodiesel is viewed by business people as a blendstock to achieve optimal margins since it is less expensive than renewable diesel.

As a result, the EIA estimates that renewable diesel capacity in the U.S. may grow more than fivefold by 2024, from a current capacity of 1 billion gallons to over 5 billion gallons.

It is intended that this deal will accelerate Chevron's goal of increasing the production of renewable fuels to 100,000 barrels/day by 2030, and it will provide additional feedstock supplies and pre-treatment facilities.

According to Reuters, Chevron is not likely to break out its renewables business' financials separately immediately. But the possibility of such an outcome will grow with each year.

After the start-up of Renewable Energy Group's Geismar expansion plant in Louisiana, the transaction is expected to add earnings to Chevron in its first year and cash flow to its free cash flow. While the deal itself is expected to close in the second half of the year.

And if you are interested in learning more about greenhouse gas emissions, and how various companies and initiatives try to combat them across the U.S., please contact our Houston sales office or SCHEDULE A DEMO to see our energy data for yourself. 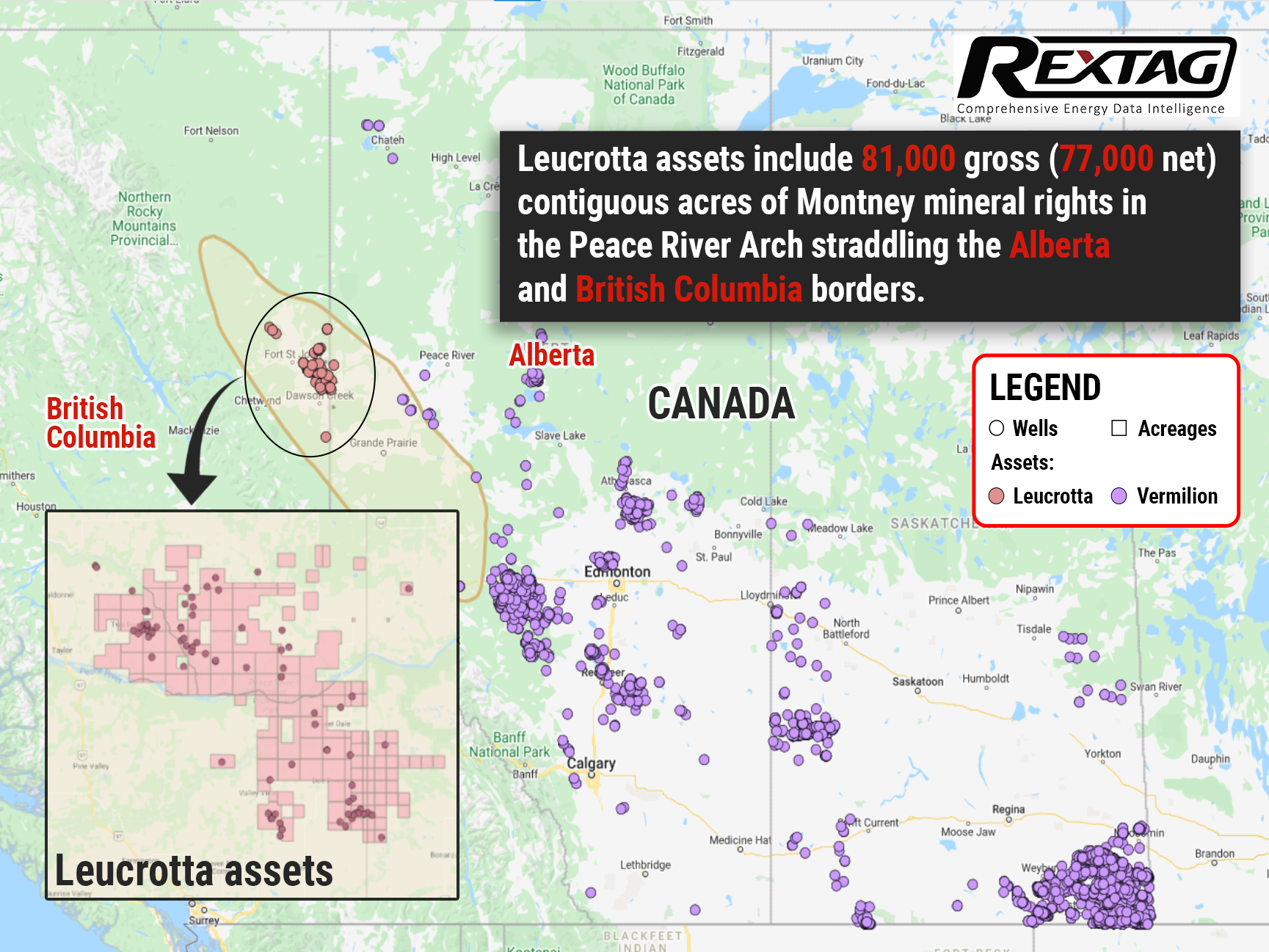 As part of its effort to expand its Montney Shale play, Vermilion Energy Inc. recently acquired Leucrotta Exploration Inc. for a net cash purchase price of CA$477 million. Vermilion has identified 275 high-quality, high-return, low-risk multi-zone drilling prospects. Top management believes, these prospects represent 20 or more years of low-risk, self-funding, high-deliverability shale drilling. Assuming the anticipated May closing date, Vermilion is increasing its capital budget for E&amp;D in 2022 to $500 million and increasing guidance for production from 86,000 to 88,000 boe/d to take into account the Leucrotta acquisition.

All Eyes Are on the Rocky Mountains State, as PDC Acquires Great Western for $1.3B

Great Western Petroleum&#039;s assets will be acquired by PDC Energy for $1.3 billion. Via this deal, PDC Energy&rsquo;s position in the D-J basin increases roughly to 230,000 net acres. Denver-based Great Western has core operations in Weld and Adams counties in Colorado with 54,000 net acres and about 55,000 boe/d (42% oil / 67% liquids) of PDP. As part of the agreement, the acquisition will be financed by issuing 4 million shares of common stock to existing Great Western shareholders and by providing $543 million in cash to the company. All in all, PDC expects to increase its total production by 25% and its oil production by 35% as a result of the deal. The deal should also result in some synergies including a 15% reduction in overall cost per BOE.