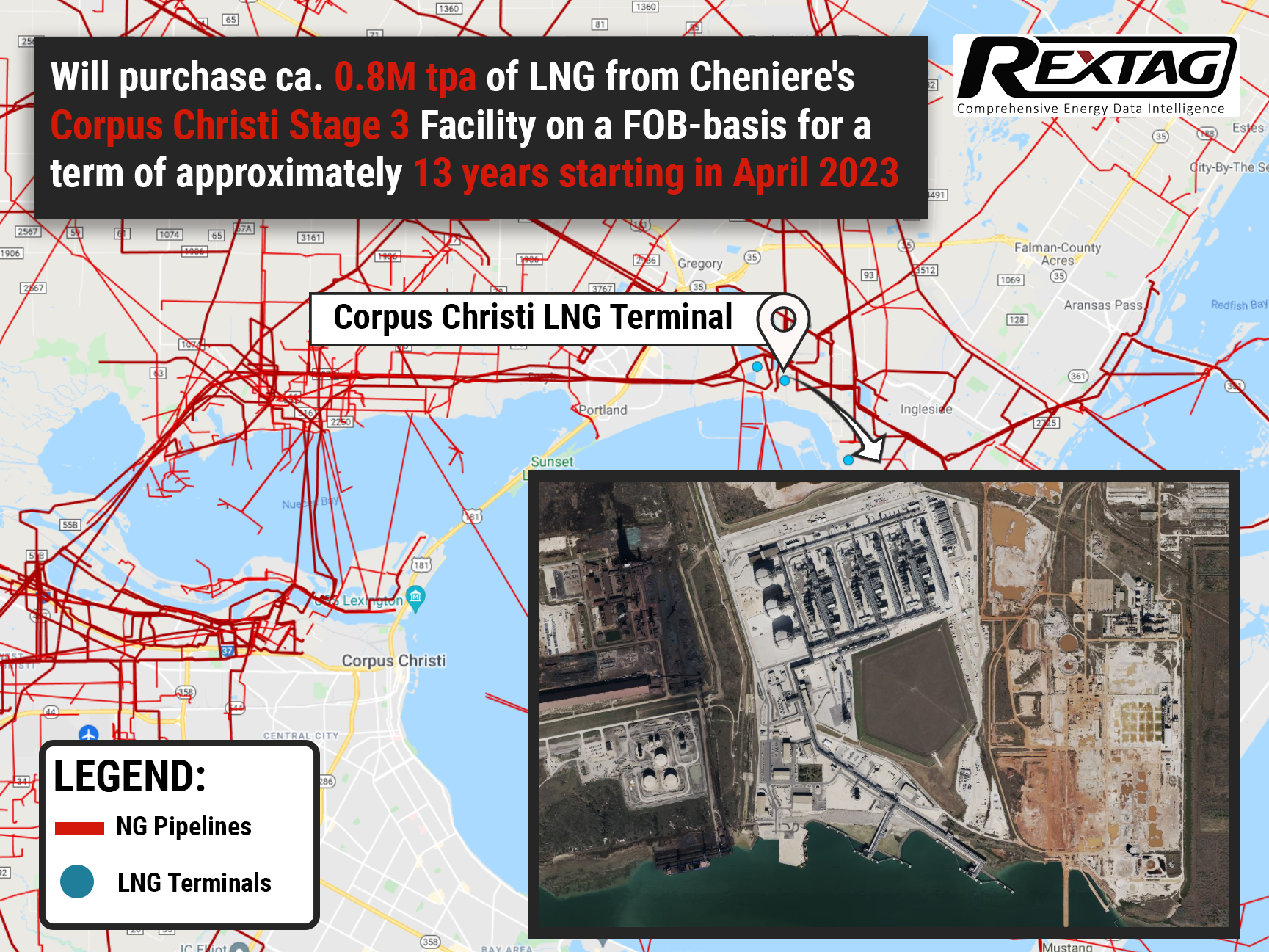 Earlier last month, Cheniere announced that Glencore had entered into a free-on-board agreement with Cheniere Marketing for approximately 0.8 million tons of LNG per annum, starting in April 2023 for a period of 13 or more years.

LNG is sold per the SPA at a price index based on the Henry Hub price plus a fixed liquefaction fee.

With the signing of this long-term transaction, Cheniere solidifies its position as a global LNG provider, and the company looks forward to a successful long-term relationship with Glencore, one of the world's biggest commodities producers and a leading player in the global LNG market.

This SPA demonstrates the commercial momentum Cheniere has been enjoying and marks another important milestone in contracting LNG capacity, as the company lays the groundwork for a final investment decision on Corpus Christi Stage 3, which Cheniere expects to occur next year.

A total nominal production capacity of approximately 10 mtpa is being planned for Corpus Christi Stage 3 with up to seven midscale liquefaction trains. And all regulatory approvals have been received already.

Natural gas is now a critical part of a growing global economy, and Cheniere Energy, Inc. is the world's largest producer and exporter of LNG in the United States. The company is a full-service LNG provider, dealing with gas procurement and transportation, liquefaction, vessel chartering, and LNG delivery.

Chenieres’ Sabine Pass and Corpus Christi LNG plants on the Gulf Coast of the United States represent one of the largest LNG liquefaction platforms in the world, with a maximum production capacity expected to be 45 million tons per year. Cheniere is also exploring the potential of expanding its liquefaction operations and other projects within the LNG value chain. The company is located in Houston, Texas, and has offices in London, Singapore, Beijing, Tokyo, and Washington, D.C.

Glencore, for its part, is one of the world's largest globally diversified natural resource companies, which was founded in the 1970s as a trading company. Today, it is a major producer and marketer of commodities, comprising around 150 mining, metallurgical, and oil production assets with 135,000 people employed worldwide.

As always, if you want to find more about researching deals with Rextag data, please, do not hesitate to connect with our Houston office. We will be happy to assist you.

Pivot to the South: LNG Plants Under Development by Sempra Energy in Louisiana and Mexico 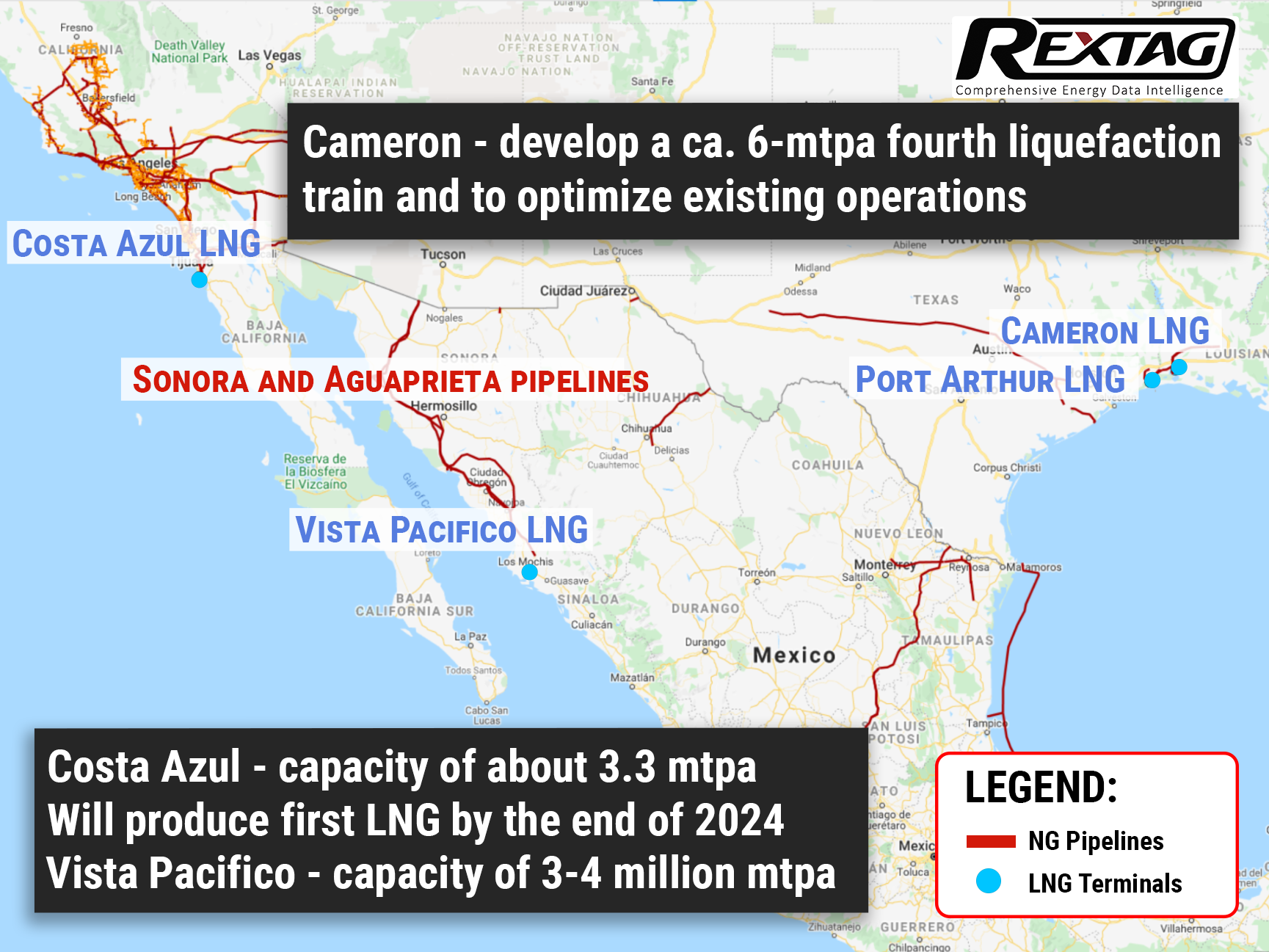 Sempra Energy would develop the 4.0-mmtpa Vista Pacifico LNG export facility located next to the company&#039;s Terminal for Refined Products in Topolobampo in a bid to provide gas from the Permian basin in Texas and New Mexico to Asian markets. Once marketing begins, Sempra&#039;s management expects Vista Pacifico to be oversubscribed. 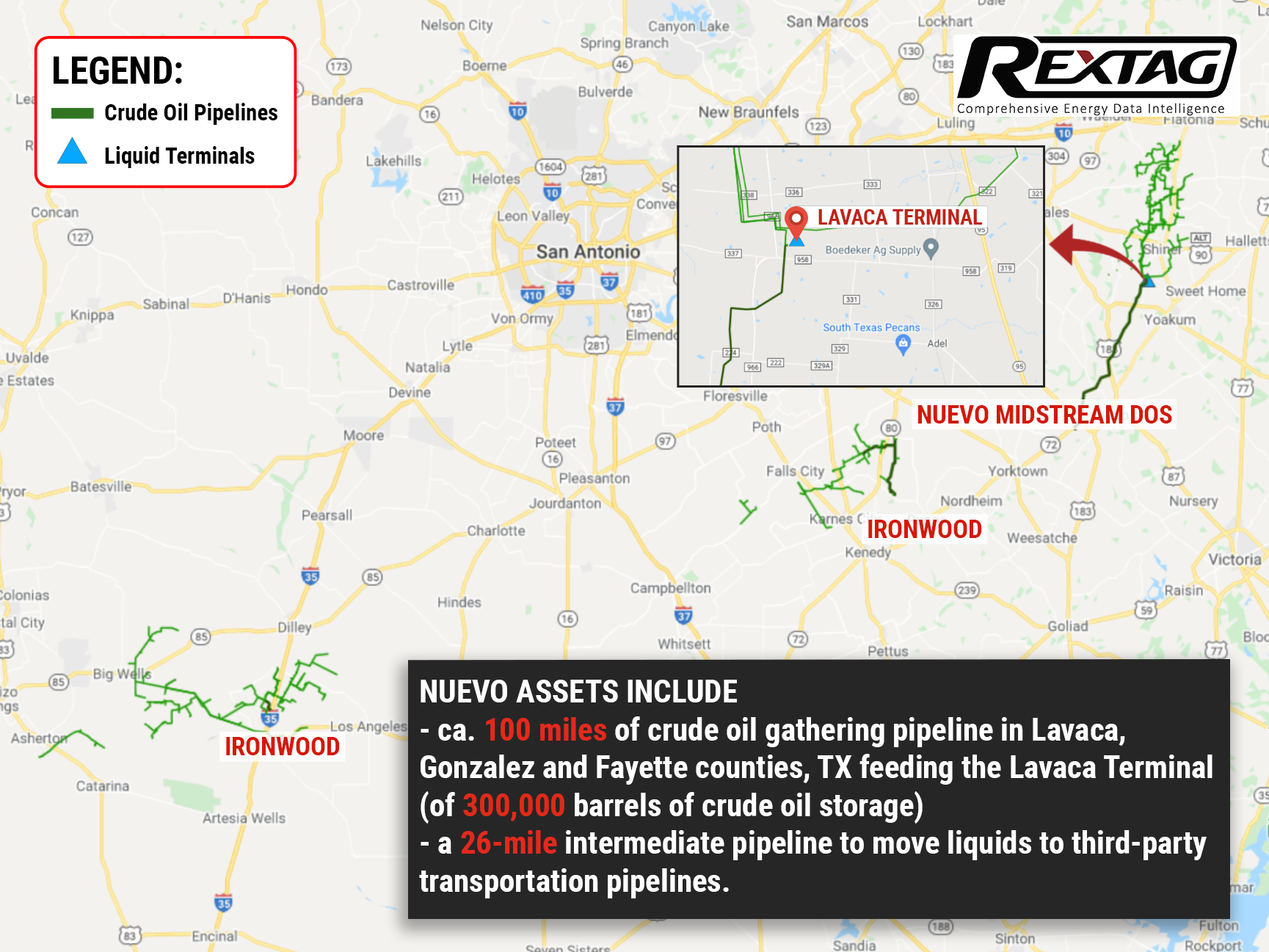 Ironwood Midstream expanded its operations in the Eagle Ford region through its merger with Nuevo Midstream. Thanks to this, Ironwood II has increased its crude oil and natural gas throughput capacities in the famous shale to approximately 400,000 bbl/d and 410 MMcf/d, respectively. With 390 miles of pipelines, the company manages 245,000 acres of dedicated land.