All Eyes Are on the Rocky Mountains State, as PDC Acquires Great Western for $1.3B

Great Western Petroleum's assets will be acquired by PDC Energy for $1.3 billion.

A Denver-based producer, Great Western has core operations in Weld and Adams counties in Colorado with 54,000 net acres and about 55,000 boe/d (42% oil / 67% liquids) of PDP. In total, Great Western has 315 operating locations, of which about 125 are DUCs/approved permits. It is owned by affiliates of EIG, TPG Energy Solutions, and The Broe Group.

As part of the agreement, the acquisition will be financed by issuing 4 million shares of common stock to existing Great Western shareholders and by providing $543 million in cash to the company.

According to PDC’s president and CEO Bart Brookman, besides adding meaningful scale to the company itself, this acquisition simultaneously signals to the market PDC's commitment to ensuring that reliable and sustainable energy production will continue in Colorado for years to come.

Via this deal, PDC Energy’s position in the D-J basin increases roughly to 230,000 net acres, additionally, shareholder returns will be boosted thanks to the M&A overhang that will be removed. Besides these assets, the company also holds some 25,000 net acres in the Delaware Basin in the Permian.

If undeveloped acreage is not included, the analysts estimated that the purchase price would be about $24,000 per boe/d of flowing gas.

It is expected that the transaction will result in industry-leading shareholder returns, according to CFO Scott Meyers. The company plans to finance the transaction with cash on hand and borrowings under its credit facility. The Pro forma leverage ratio for PDC is not expected to exceed 1.0x at closing.

In addition to honoring and growing the base dividend, PDC intends to aggressively buy back nearly 60% of its shares while they are trading at an unwarranted discount to intrinsic value. It is planned that PDC will retire more shares by the end of the third quarter than it will issue in connection with the Great Western merger.

All in all, PDC expects to increase its total production by 25% and its oil production by 35% as a result of the deal. The deal should also result in some synergies including a 15% reduction in overall cost per BOE.

And if you wish to learn more about various lucrative oil & gas assets, contact our Houston sales office or SCHEDULE A DEMO to learn how Rextag can help you leverage energy data for your business.

Winds of Change: Admiral Sold Its Assets in Delaware Basin 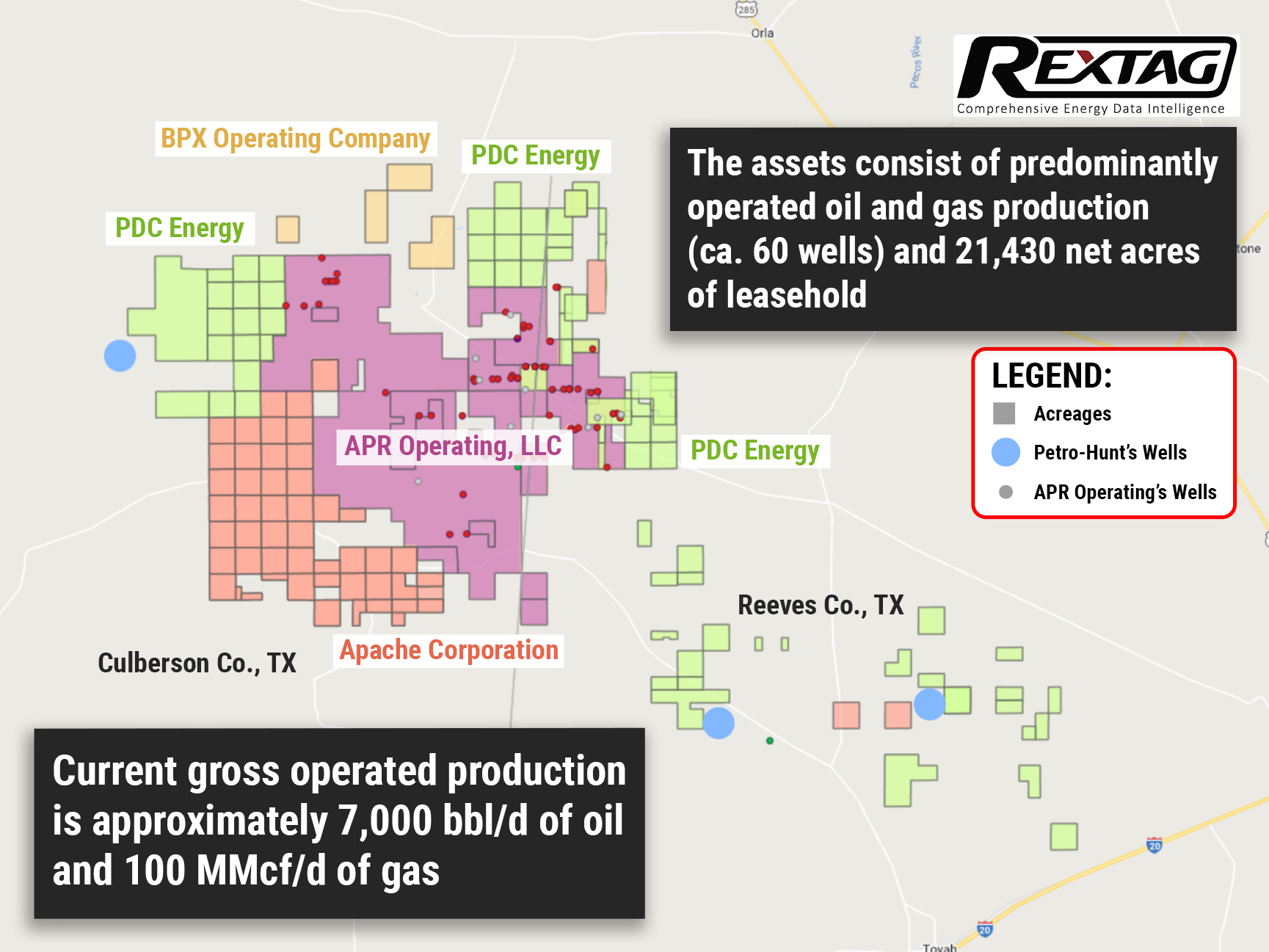 And Petro-Hunt E&amp;P is the new sheriff in town with 21,430 net acres of leasehold in the Basin, production of which surpasses 7,000 bbl/d and 100 MMcf/d respectively. To take advantage of it, Petro-Hunt plans to begin an active development drilling program on these assets in the coming months heavily upgrading the numbers of its 775 operating oil wells and contributing to over 8,100 non-operated wells. Time will tell, however, whether or not this move will be able to deliver such results. 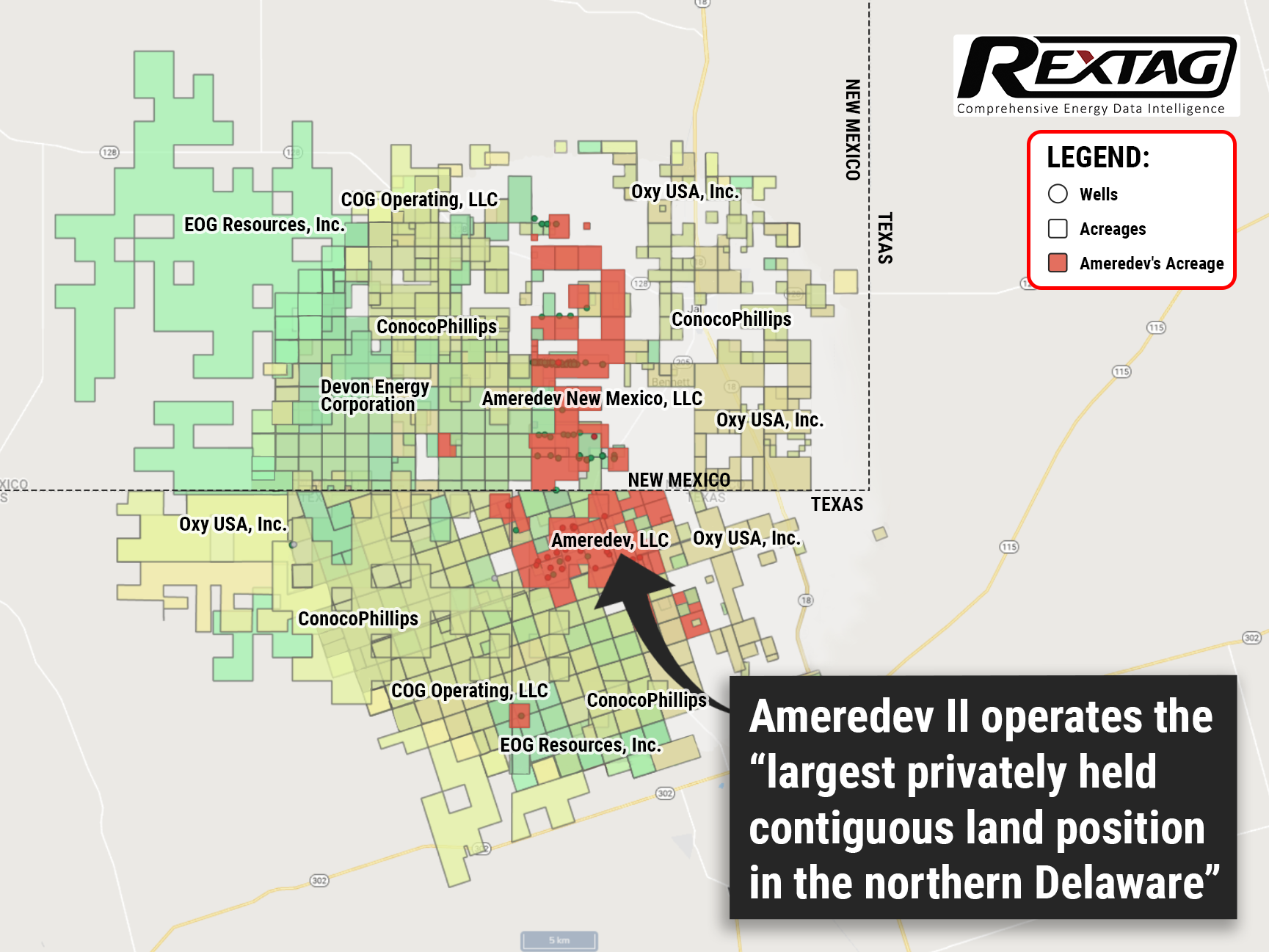